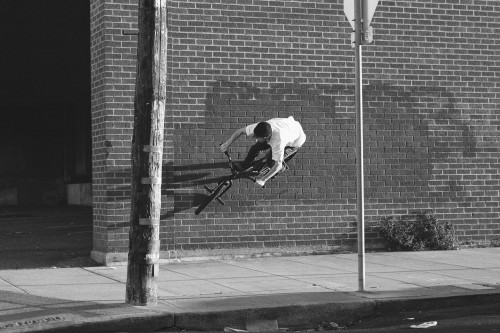 Considering the fact that everybody posts old photos on thursday, here’s some dusty shots that Ramon Antonio III took of me riding in San Francisco a while back. There’s few tricks that offer the same kind of feeling as sitting sideways on a wallride. They’re an immediate go to trick and are a blast to sporadically smash walls on the daily commute around town. I’ve had a couple different run ins w/ SFPD who apparently don’t appreciate the trick as much as I do. I’ve hopped on the curb to catch a quick wallride in the past, then landed and looked up into the eyes of two police officers who immediately struck a pose and attempted to tackle me off the bike. Nothing a little swerve in the opposite direction can’t fix. Photo Credit : Ramon Antonio III 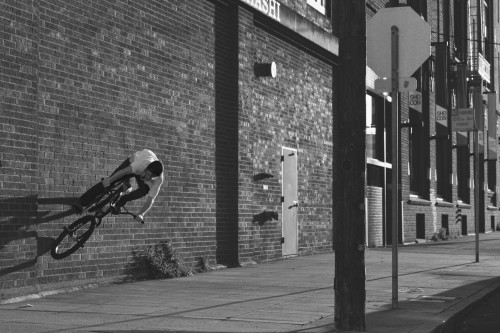