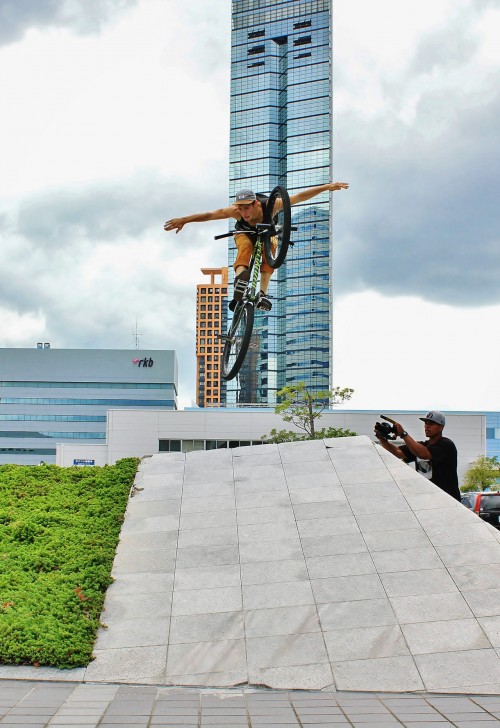 I’ve been playing catch up, and posting up some photos that we shot a while back. Here’s one that Seitaro Iki took of me doing a tuck no hander while we were on tour in Fukuoka, Japan. Devon Lawson & I took a look at this heavily guarded pyramid spot a couple of times while we were there, but weren’t able to catch clips on it until our last day in Fukuoka. I don’t know what the deal is w/ spots in Japan, but they would never build anything like this here in the States.