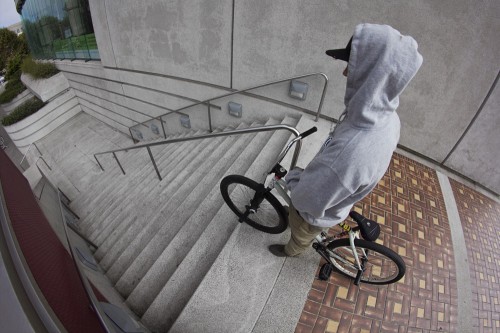 Ed Wonka came to San Francisco yesterday to ride and hang out with Mike Schmitt and I. After warming up at Wallenberg we headed downtown where we came across this hammer of a rail. Ed walked up to it, took one look and juked a security guard before racking his way to the bottom. This is probably the biggest rail I’ve ever seen Ed do in person. What made it even better is that he did it as we were getting the boot. I’ll have some screen shots of it up later, so keep your eyes peeled.