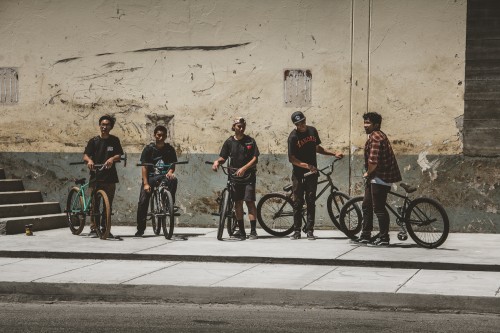 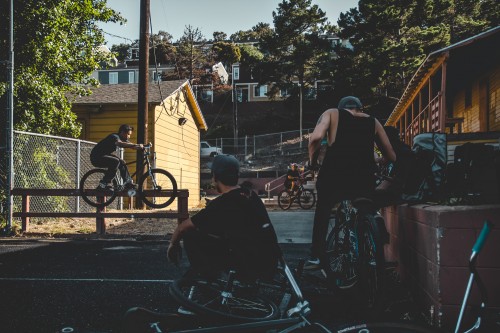 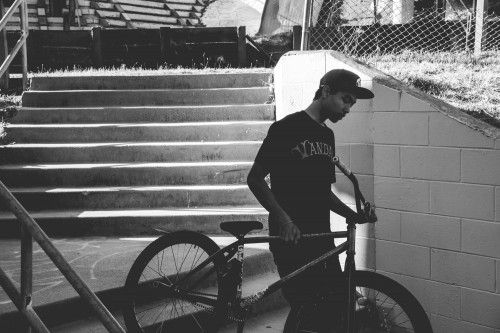 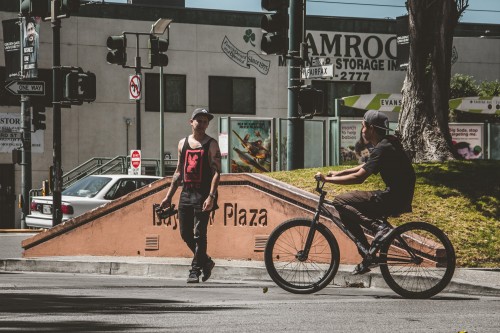 On Saturday the FIXIEBOYZ408 packed their bikes, piled into a van and drove up to San Francisco to ride with us for the day. We met up at 3rd & Army, and then ventured into Hunters Point from there. Our goal was to work our way to Hilltop park and hit whatever spots we found along the way until eventually arriving at San Francisco’s oldest skatepark, The Dish. After that we roamed around the neighborhood until we came across this abandoned school with a bunch of unique things to ride. Keep your eyes peeled for footage of this day coming from both us and the Fixie Boyz themselves. // 07.18.2015
END_OF_DOCUMENT_TOKEN_TO_BE_REPLACED 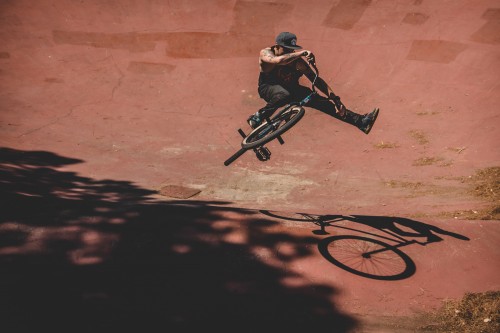 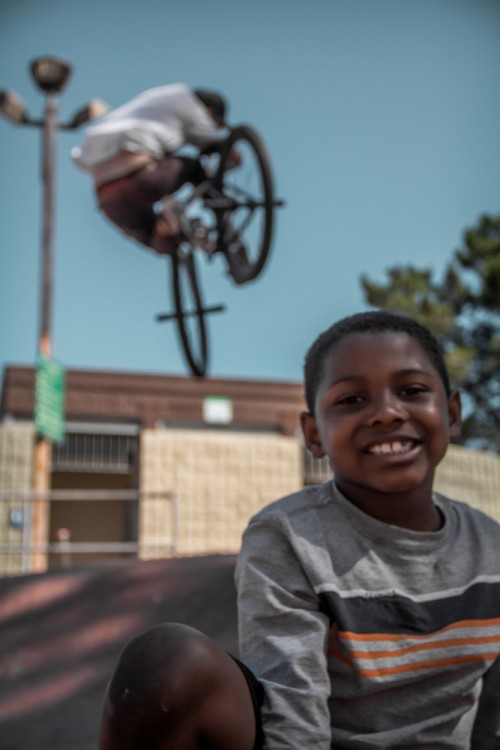 Earlier in the day somebody asked if the skatepark was going to be crowded, but when we got there it looked like nobody had been there in years. Built in the 1970’s, “The Dish” is San Francisco’s oldest standing skatepark and is tucked away in the hills of Hunters Point. If you’re not familiar with the area, it’s notorious for being one of hardest neighborhoods in SF, and isn’t a spot you’d want to show up and session by yourself. I shot a couple photos of Mike Schmitt doing these one footed table tops on the tumorous hump that bulged out of the center of the dish. Then I handed the camera off to him and he shot this photo of one of the local kids with me airing overhead in the background. We brought up the idea of hosting an event here, but haven’t decided. What do you guys think?
END_OF_DOCUMENT_TOKEN_TO_BE_REPLACED

It’s hard to tell how difficult some tricks are when they’re being blasted one after another, and you don’t have a chance to fully digest what happened. It’s an editing style that’s common in action sports and will either drops jaws or glue eyes to the screen. After I watch video part that’s almost too impressive it makes me either stoked to go out and ride, or throw in the towel and call it a day. So in an effort to humanize the whole experience, we decided to slow things down a bit and rewind some old footage from the last year.
END_OF_DOCUMENT_TOKEN_TO_BE_REPLACED 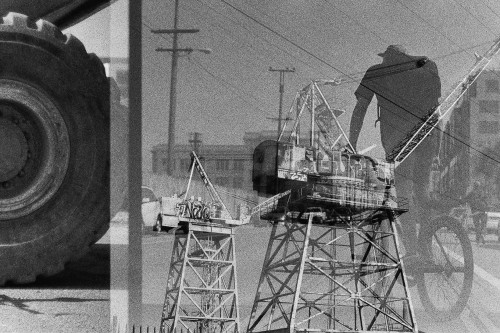 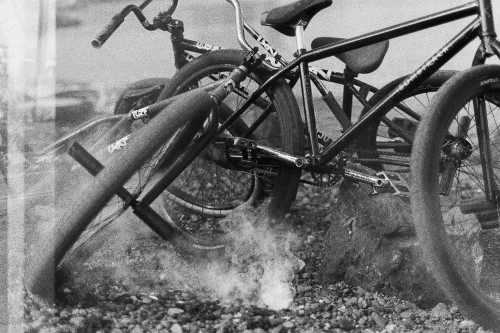 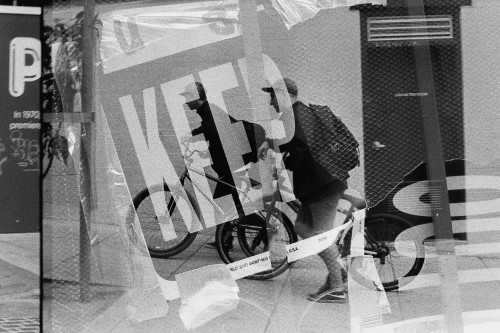 My 35mm camera has lived in the bottom of my bag ever since I got it back up and running a few weeks ago. I’ve already developed a hand full of rolls since then, and have been really enjoying having it back in our arsenal. I rode by the developer after work and picked up these photos we shot during the 4th of July video TURF released earlier this morning. Read more below to check out other photos we took throughout the day. Shot on 35mm Ilford 3200 Black & White film.
END_OF_DOCUMENT_TOKEN_TO_BE_REPLACED

In celebration of our Independence Mike Schmitt, Ed Wonka Laforte & I met up in SF to ride, film, light off some fireworks, and get a quick haircut from Mr. Laforte himself. Check out this video that MTS pieced together of our afternoon out on the town and read more to see some screenshots below. WHEEL TALK X TURF BIKES
END_OF_DOCUMENT_TOKEN_TO_BE_REPLACED

The dudes over at Red Bull really one upped themselves with the construction of this year’s Over/Under mini drome. 64 riders from around the world came out to shred, sweat & battle it out on this a one of a kind figure 8 track. On top of competing in the race, Mike Schmitt & I filmed a ton during the event and put together this video of the night as it unfolded. Read more below to check out Red Bull’s official recap as well as a bunch of screen shots from our video.
END_OF_DOCUMENT_TOKEN_TO_BE_REPLACED 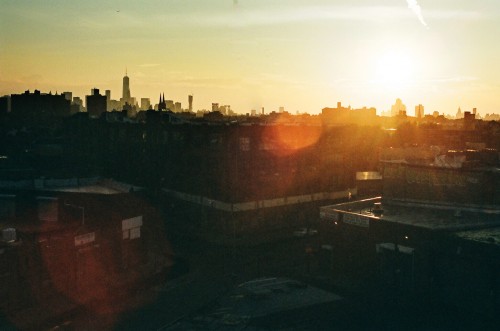 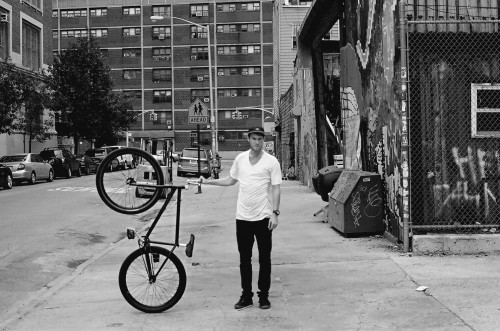 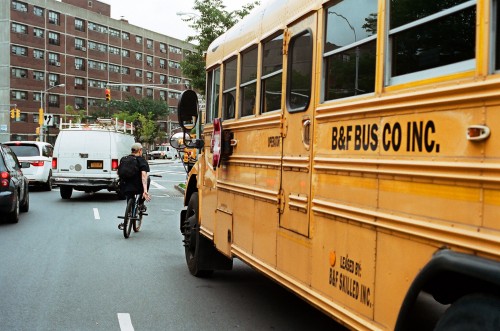 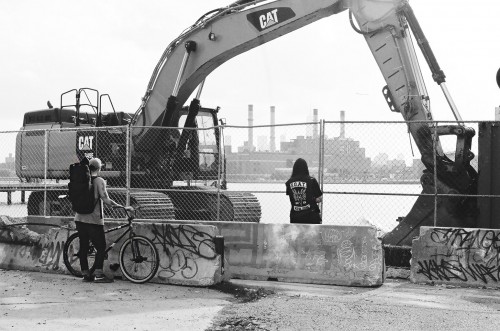 After nearly 9 months of being out of commission, I finally brushed the dust off the 35mm camera and brought it along on our trip to New York last weekend. Although I only shot one roll of film during the four days we were there, I made up for it by taking a million more digital photos that I’ll be posting up over the next few weeks. We met up with a bunch of the riders from the Block Bullies while we were there and even saw a couple FGFS riders from out of town who came out for the Red Bull Over/Under race. We’re going to start cutting together a video from our trip in the next couple of days and will release that in the next month or so. Until then, check out more photos below.
END_OF_DOCUMENT_TOKEN_TO_BE_REPLACED 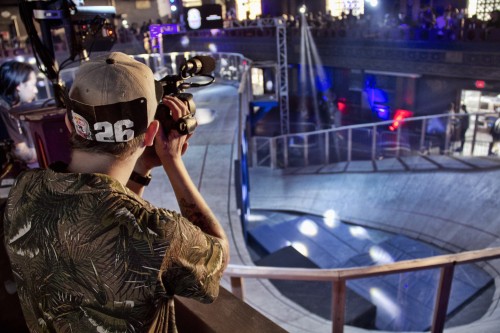 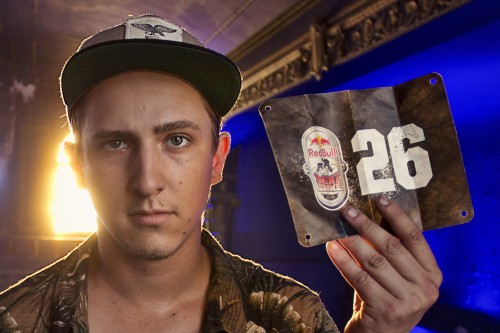 Mike T. Schmitt and I made the trip out to NYC last weekend for the Red Bull Figure 8 Mini Drome Race in Queens. The course carried your momentum a lot more than we originally anticipated and we were constantly riding the edge of pedaling like a madman while trying to keep things in control. Mike was on the tail of his competitor in the first round when his front wheel washed out and he hit the deck running. After the early elimination Mike spent a lot of time behind the camera, filming the rest of the race as things began to pick up. Read more below to check out a spectators view of the crash.
END_OF_DOCUMENT_TOKEN_TO_BE_REPLACED 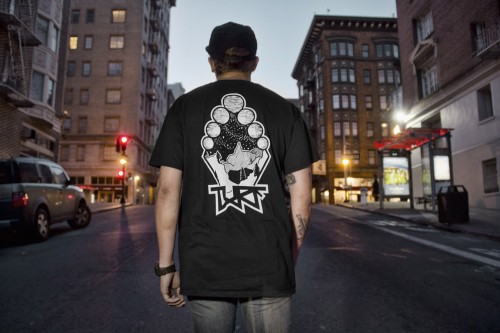 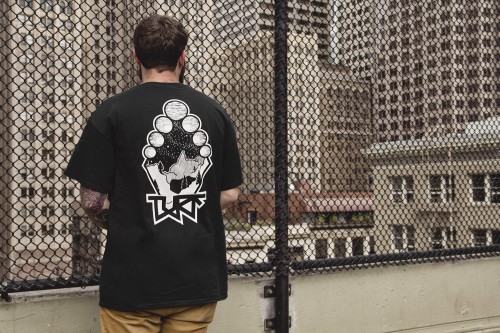 TURF Bikes just released a new T-Shirt to the mix of products available on their store. Living in San Francisco we rarely see stars, and often times the moon is the only light that makes it through the fog. Pick up one of these moon phase tees before they’re gone for good. Check out more photos below.
END_OF_DOCUMENT_TOKEN_TO_BE_REPLACED

A couple weeks ago Mike Schmitt, Ramon Antonio, Andy Sparks, Ian Walker and I met up in Oakland for a chill session at Dragon Park. We kicked it there for most of the day riding bikes & catching sunburns before venturing off into other parts of the neighborhood. Head over to the TURF Website for more.
END_OF_DOCUMENT_TOKEN_TO_BE_REPLACED