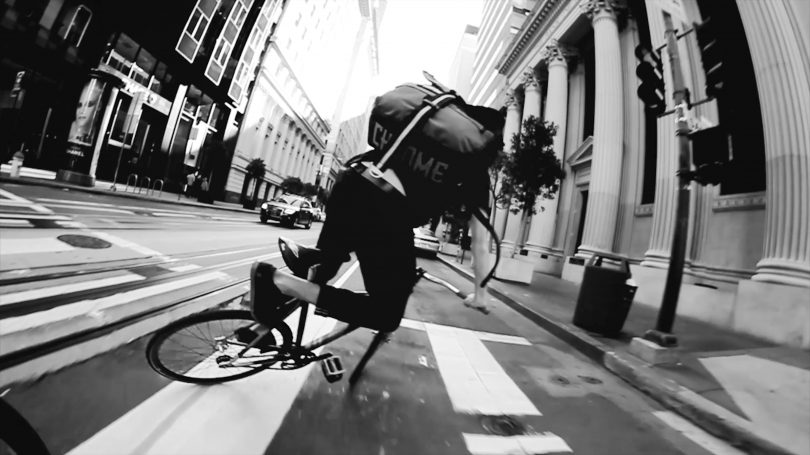 If you’re not having fun, you’re not doing it right. Filmed on 05.20.2017 this is a video that almost slipped through the cracks. We just never got around to chopping it together. Until last night that is. There will be an even longer SF track bike video with more riders coming out in the next month. So keep your eyes peeled for that and until then enjoy this. Shout out to MASHSF for always giving us a place to hang and for constantly throwing gas on the fire.

END_OF_DOCUMENT_TOKEN_TO_BE_REPLACED 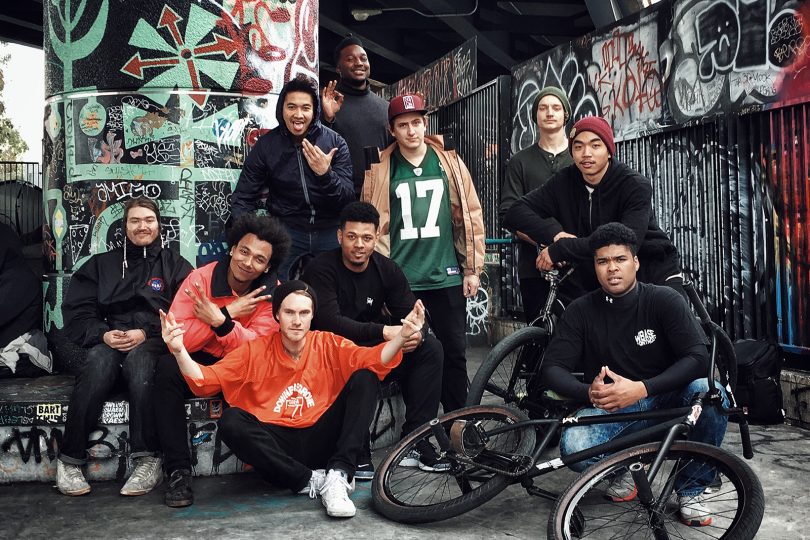 It’s Super Bowl Sunday here in San Francisco and this the third year running we’ve assembled the team to ride bikes instead of watching the football. Spots over Sports. 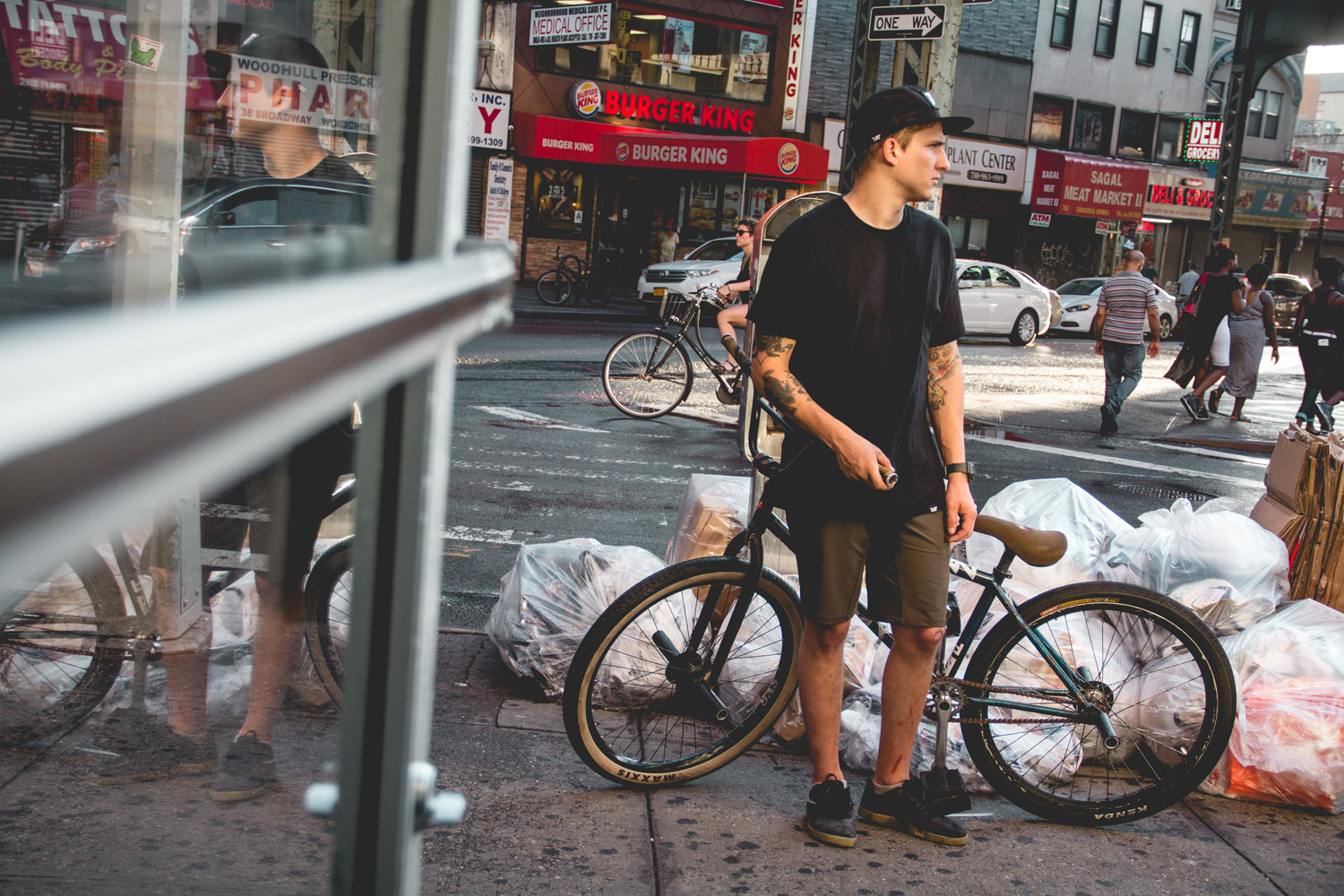 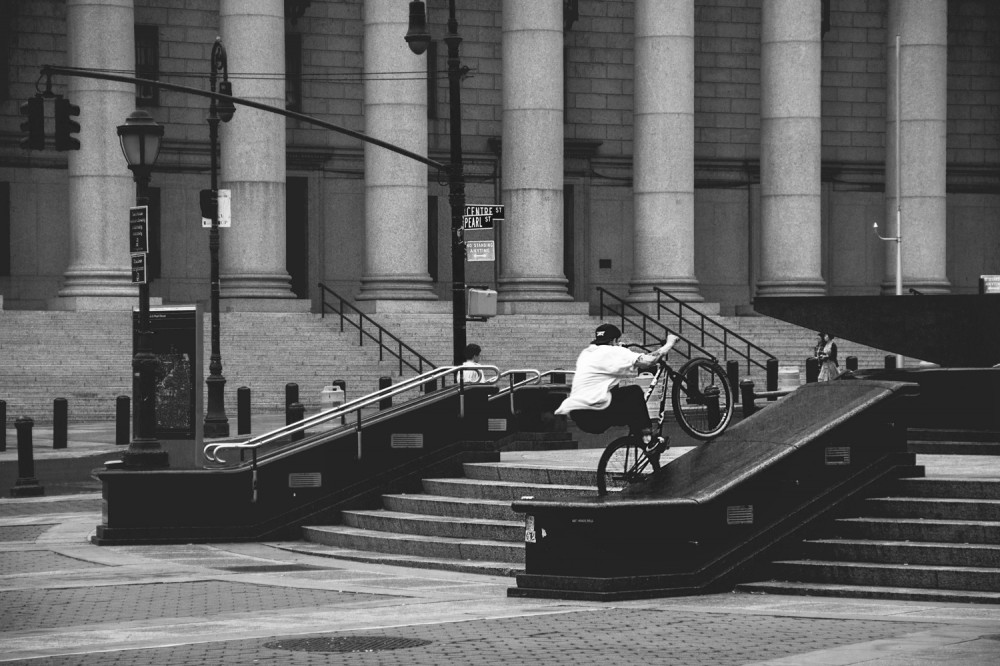 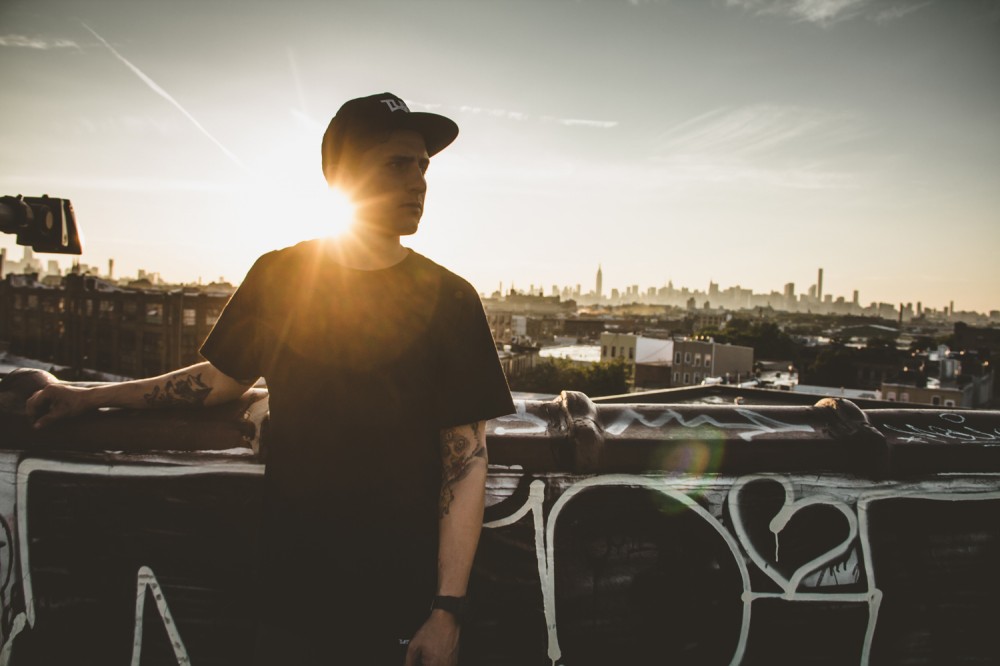 I remember thinking Mike Schmitt was from New York based on the GRIME videos that were released during the early years of FGFS. I don’t know where the scene would be if it wasn’t for those videos and the legwork that they did on the East Coast. Late last year Mike and I traveled to NYC for the Red Bull Figure 8 race and filmed a shit ton during the 4 days we were in town. It’s great traveling with someone who does their homework or already knows the lay of the land when it comes to finding spots, and Mike is a master of that. Keep your eyes peeled for the 11 minute short film from our stay.

END_OF_DOCUMENT_TOKEN_TO_BE_REPLACED 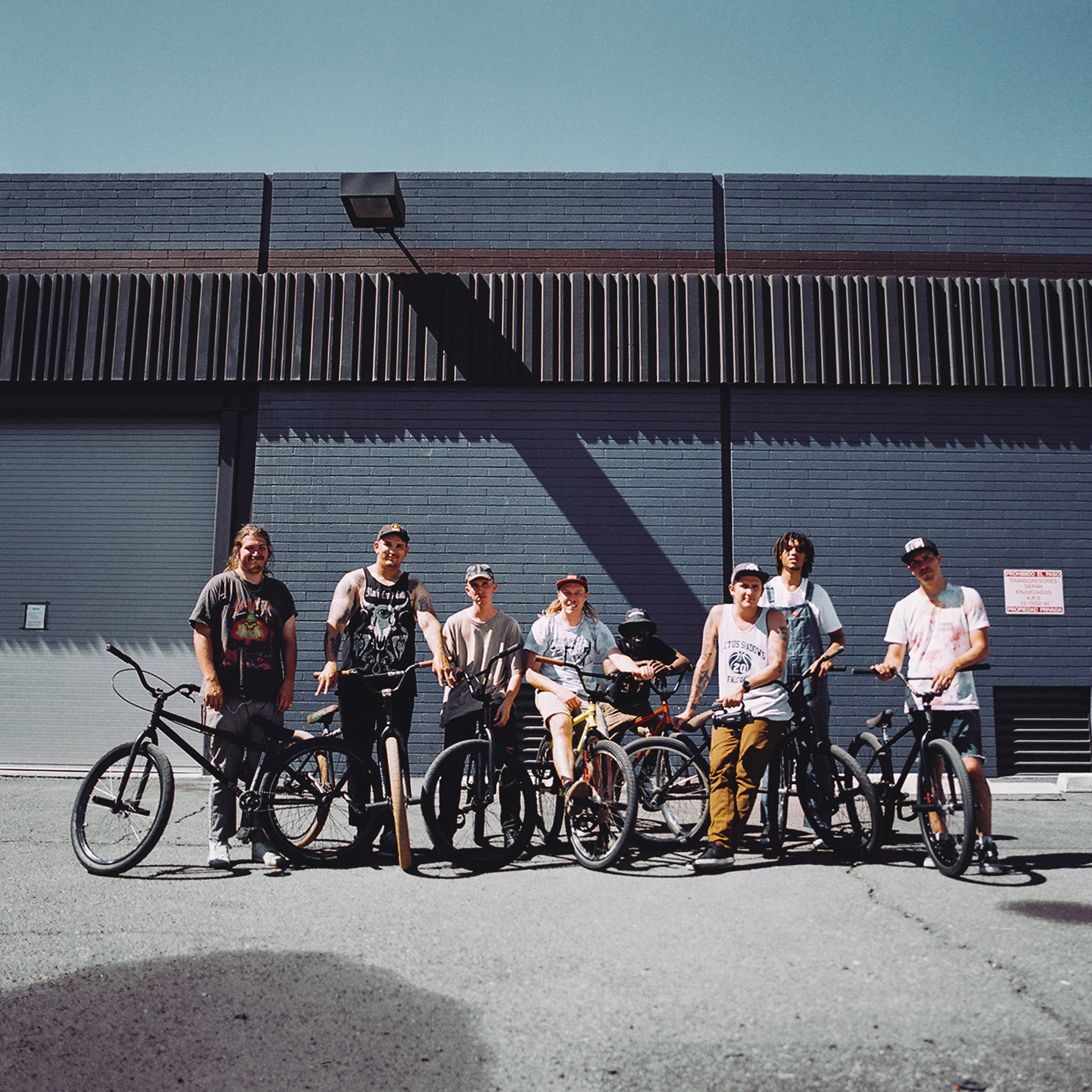 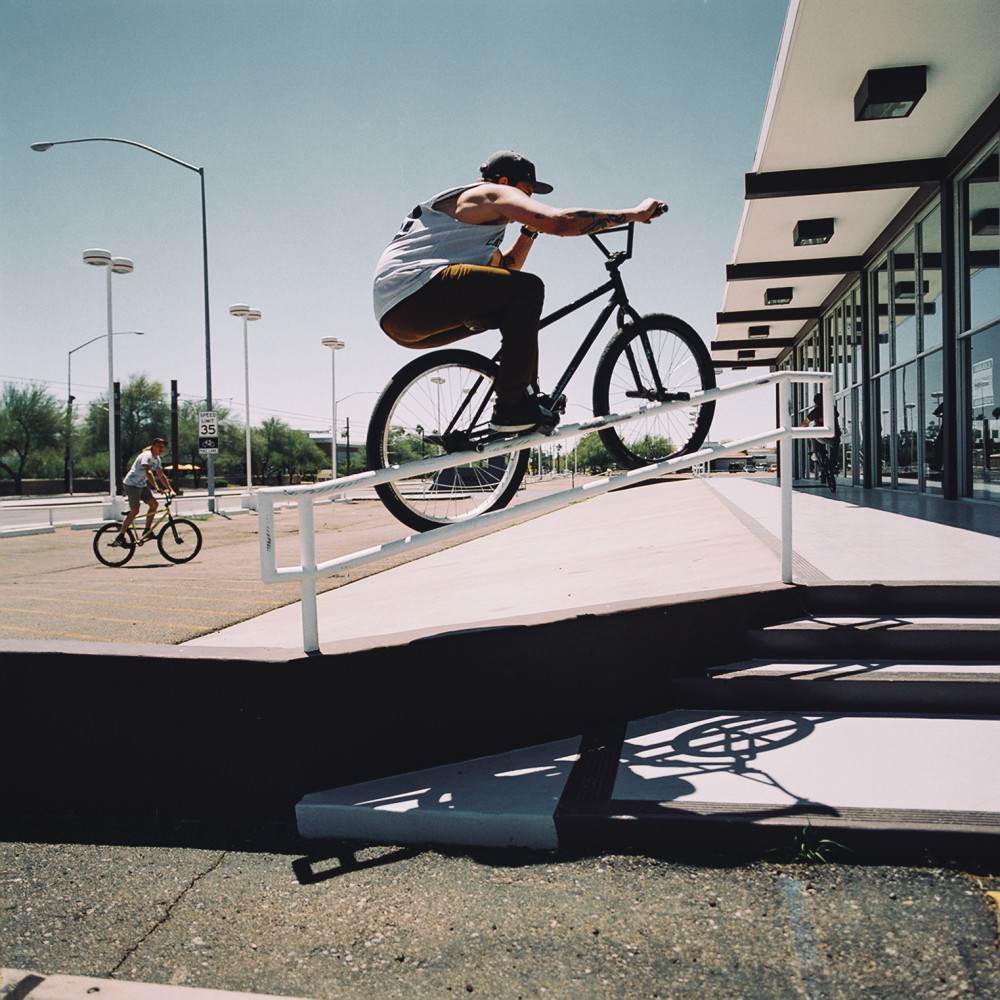 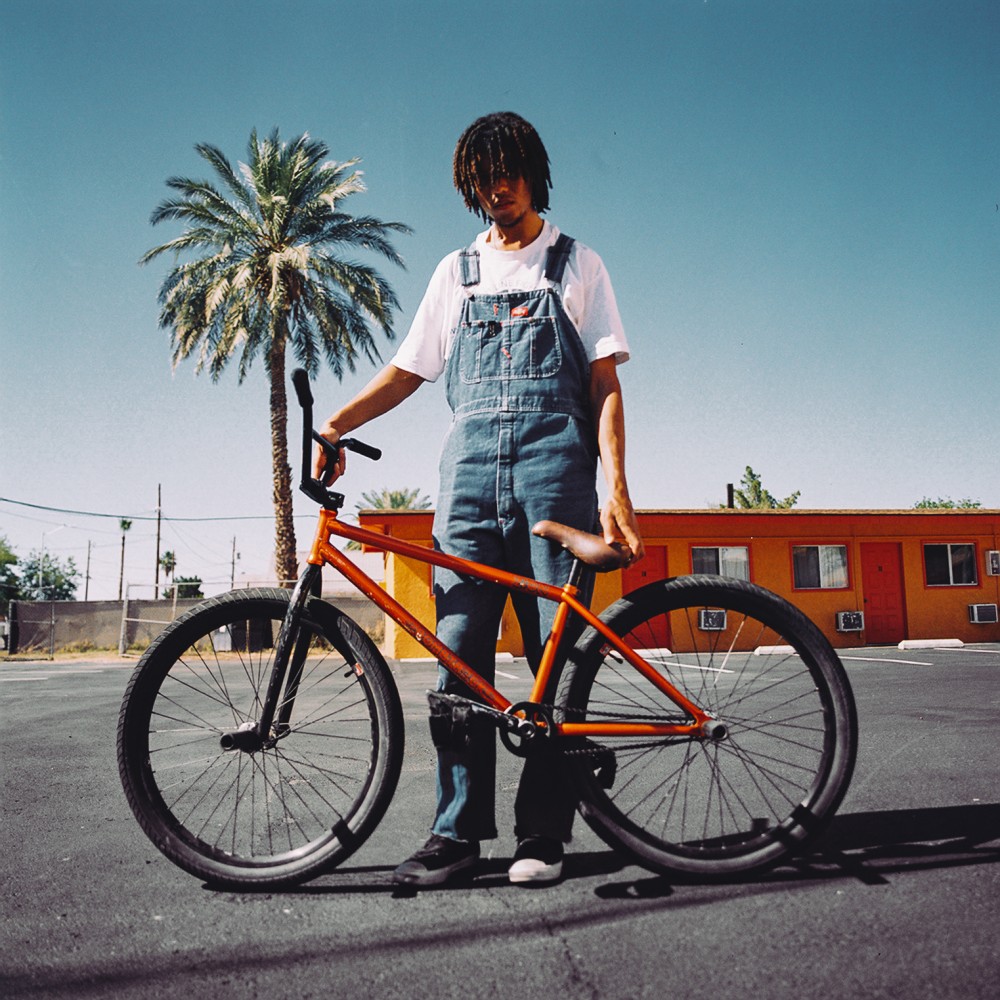 I’m not sure how it happens, but everything that’s shot on the Hasselblad 503cx comes out looking like pure gold. Even with film that expired more than 15 years ago. Big thanks to everyone who came out for the event and put up with me constantly herding everyone together for family photos. I know I ask a lot, but having photos to remember these times are worth it in the end. Until next time my dudes.

END_OF_DOCUMENT_TOKEN_TO_BE_REPLACED 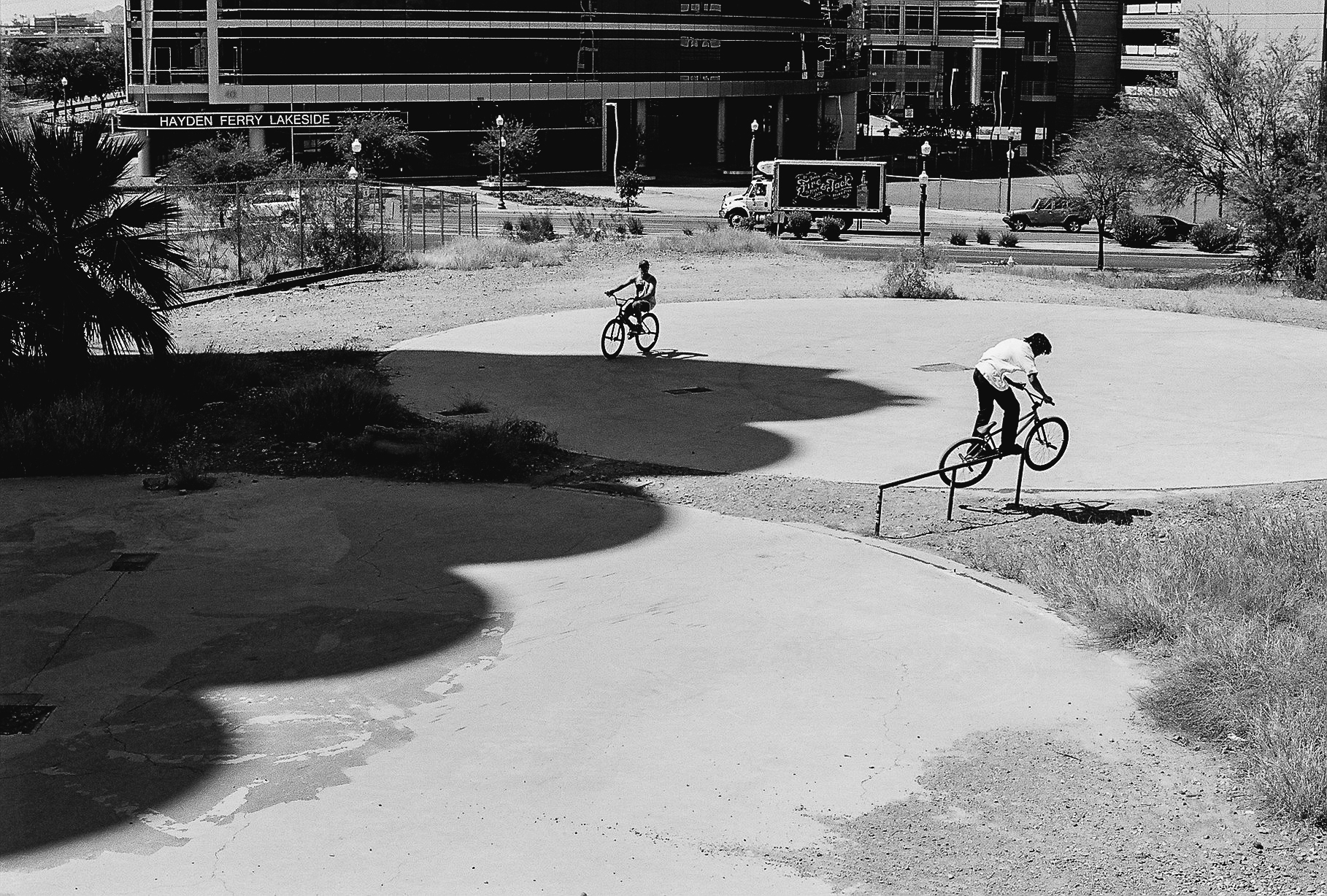 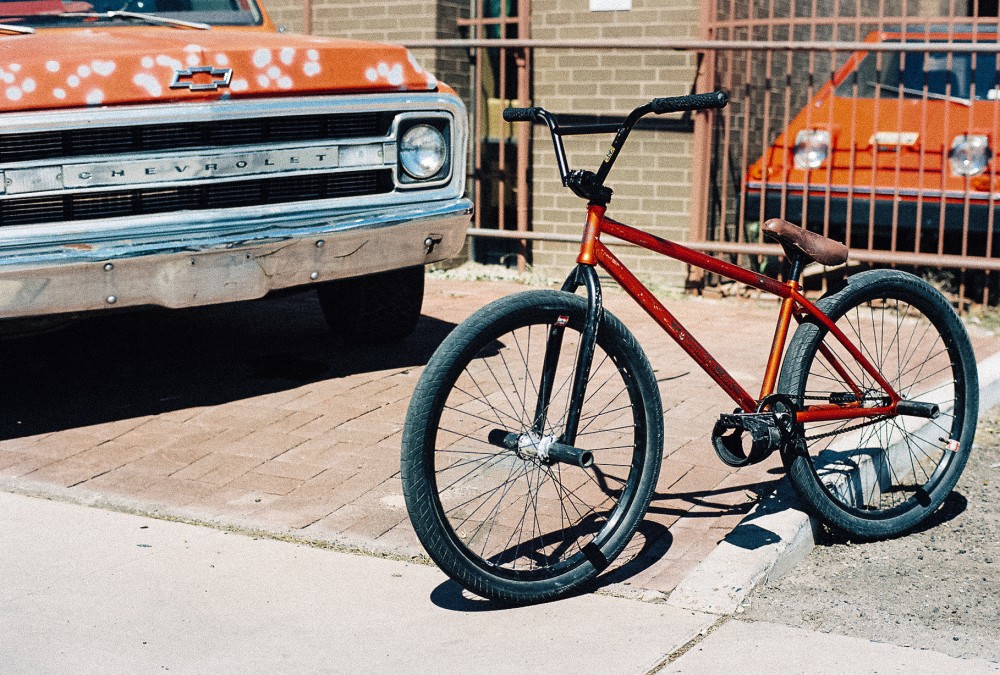 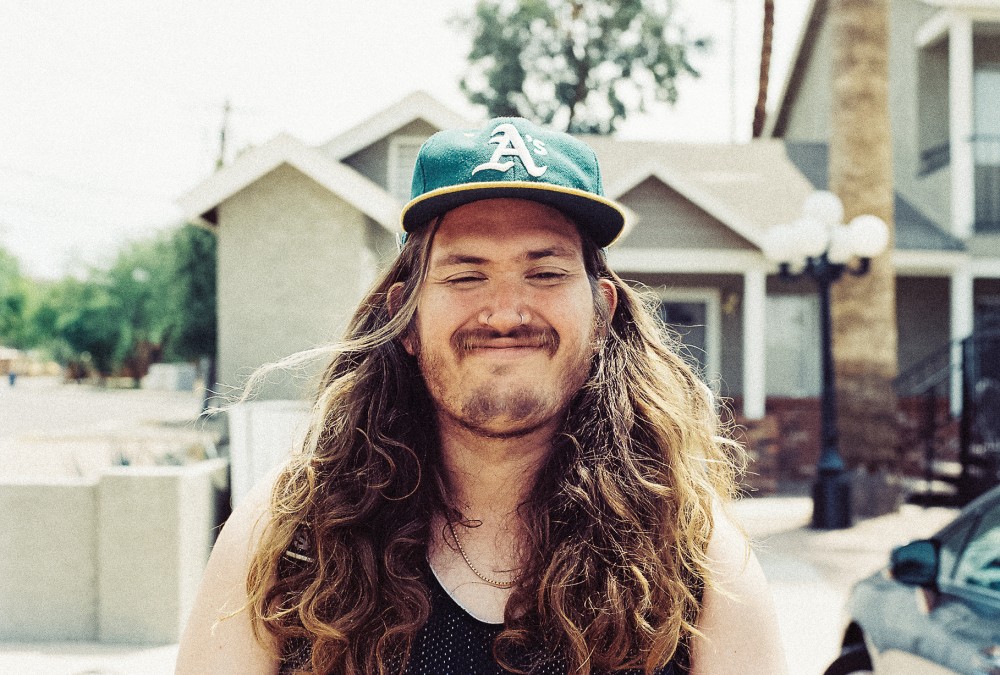 Here are a handful of 35mm shots I took during the two days we were in Arizona before the Prickly Pear Jam. All the footage we caught during that time made it’s way into the “Chain Gang” video which you can see by either clicking the link or scrolling down to the bottom of this post. It was great to ride with some familiar faces in some unfamiliar territory.

Check out more photos below END_OF_DOCUMENT_TOKEN_TO_BE_REPLACED 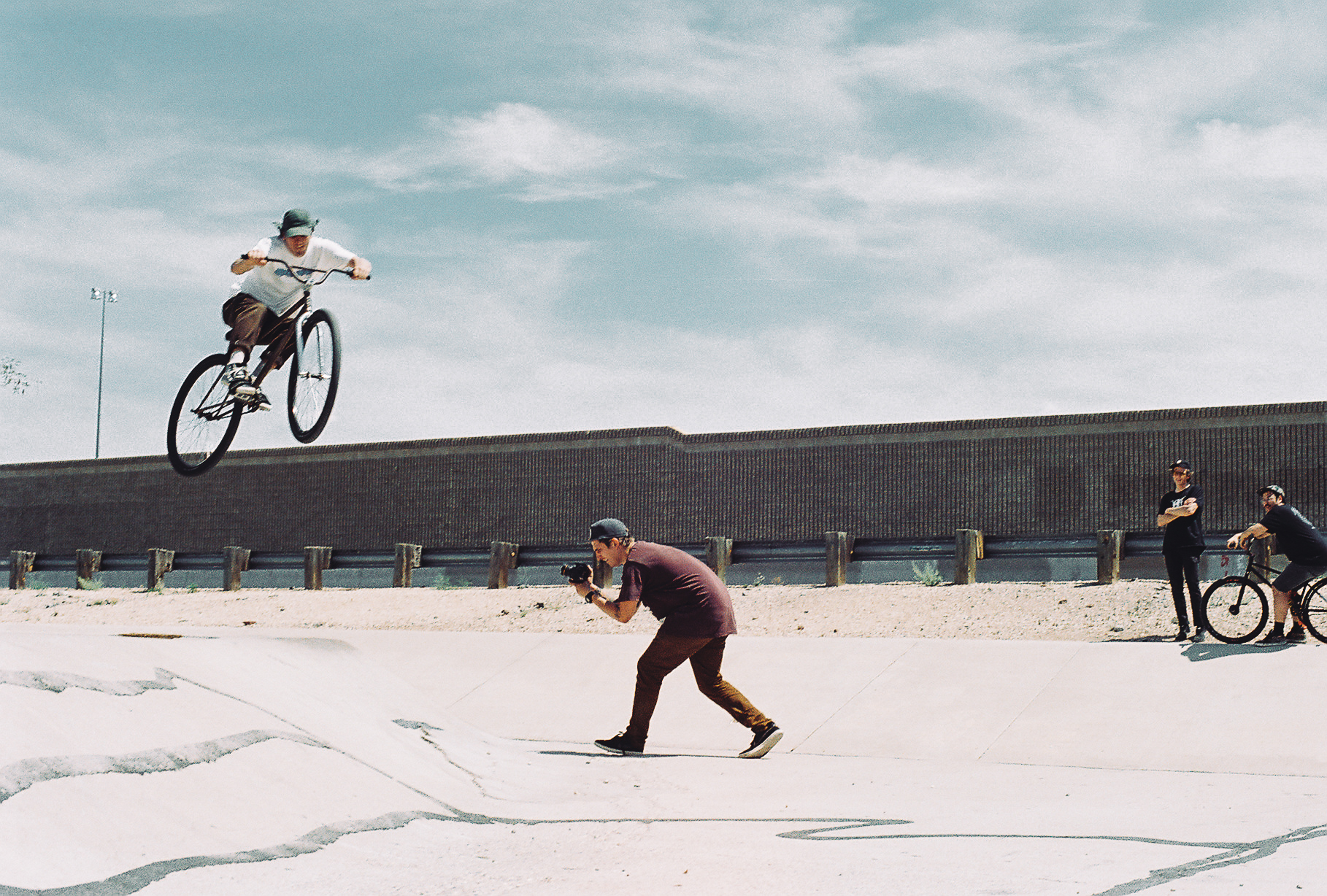 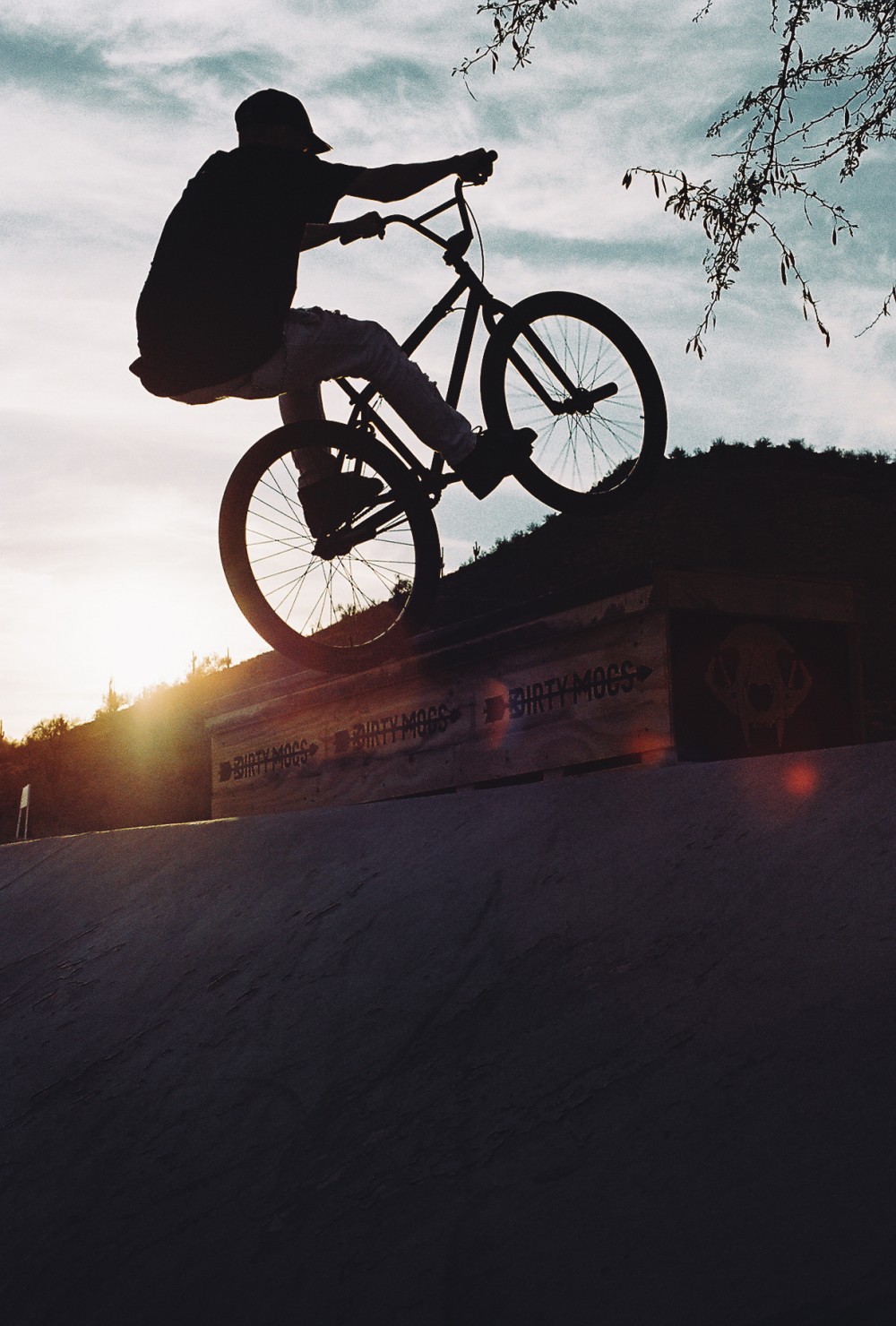 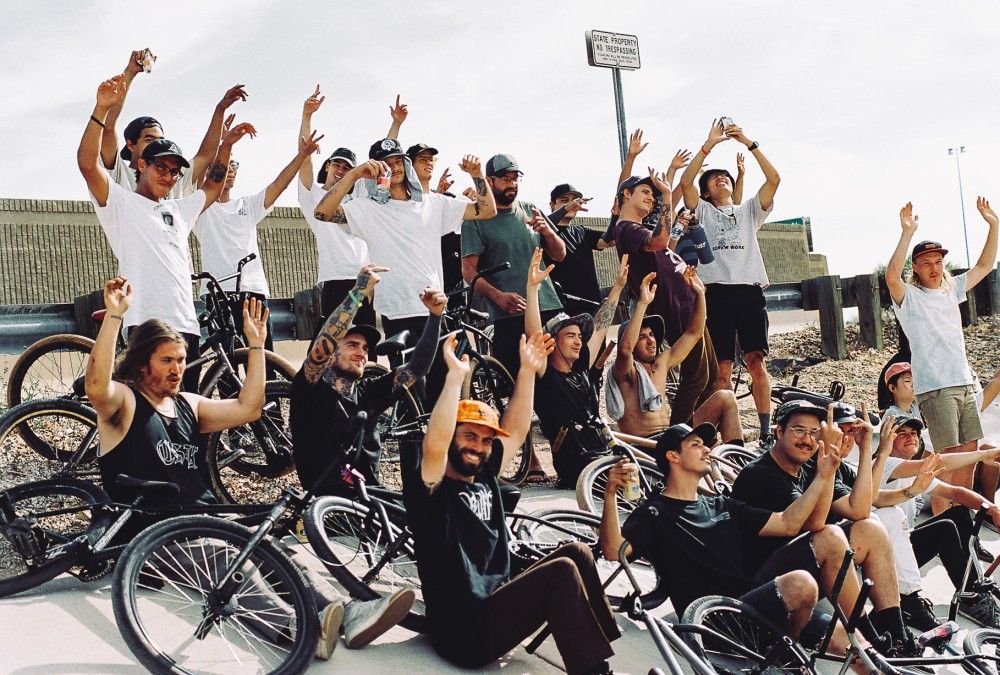 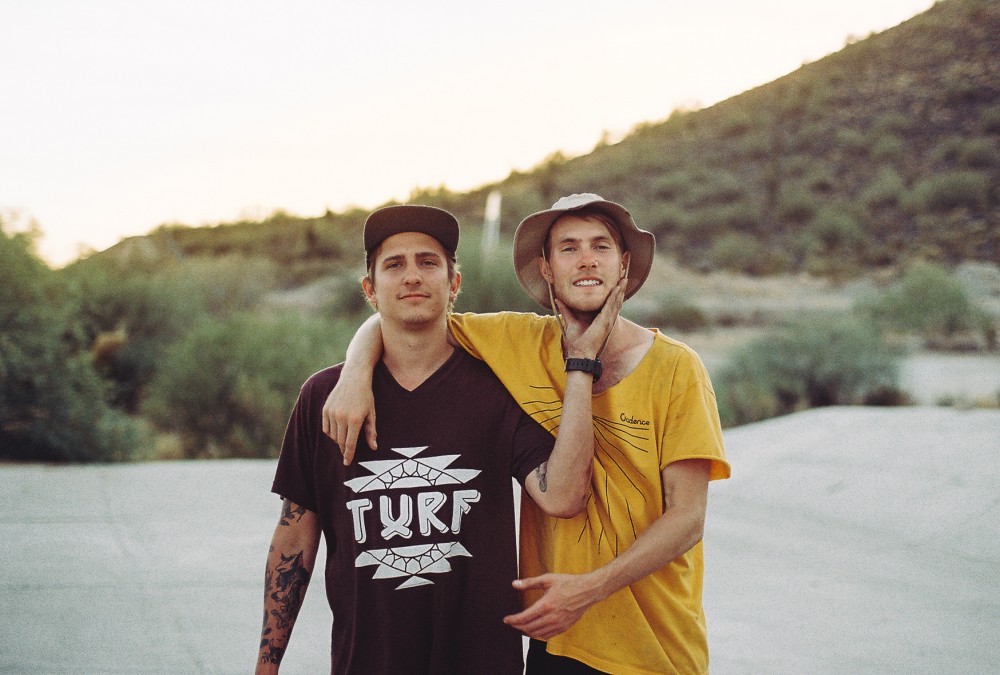 The Prickly Pear Jam is one FGFS event that won’t soon be forgotten. Both by those who attended and those who kept up with it around the globe. It threw a can of gasoline on the fire and stoked out the entire community. Equivalent to what Mid West Mayhem did for the scene more than 6 years ago. If you missed any of the event coverage than here’s a little bit more for you to marinate on. Stay broke, shoot film. Olympus OM-1 (35mm)

END_OF_DOCUMENT_TOKEN_TO_BE_REPLACED

This morning Mike Schmitt released the official recap of the Prickly Pear Jam that happened in Arizona a couple weeks ago. This 10 minute video is packed full of good times, vicious heat, and collective mix of familiar faces. My favorite part of the video and possibly the funniest part of the day was when Mike pulled a 180 crook in flip flops for a quick 20 bucks. At which point everyone came together and scrounged up enough to pay the debt. Shout out to Zane Meyer for all the arial coverage, and to Kai Yao for shooting secondary angles. Press play to see first hand why this was one of the best FGFS events that has happened in a really long time.

END_OF_DOCUMENT_TOKEN_TO_BE_REPLACED

I’m trying to figure out where to even begin with this one and I think it makes the most sense to explain what the term “Tarck” means. If you’ve been riding fixed gear for more than 5 or 6 years, you probably already know, but simply put it’s tricks on track bikes. It can be both something you do and used as a term to describe a type of bike. It’s what Fixed Gear Freestyle started out as and has been making a silent resurgence as of lately. Mike Schmitt & I met up in downtown San Francisco one gloomy afternoon and had a ton of fun filming for this one. He stripped out the threads on his rear wheel trying to foot plant 180 off the fire hydrant, but we didn’t let that stop us from having a good time. Be on the look out for more track bike videos like this peppered into the usual FGFS coverage.

END_OF_DOCUMENT_TOKEN_TO_BE_REPLACED 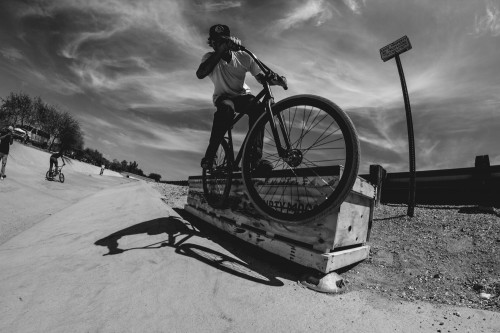 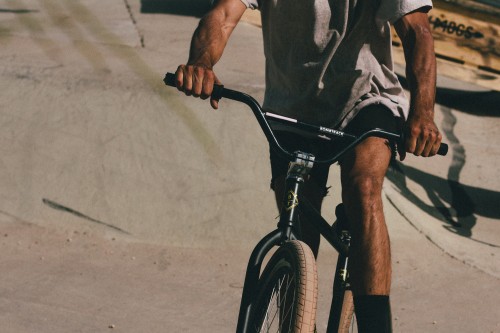 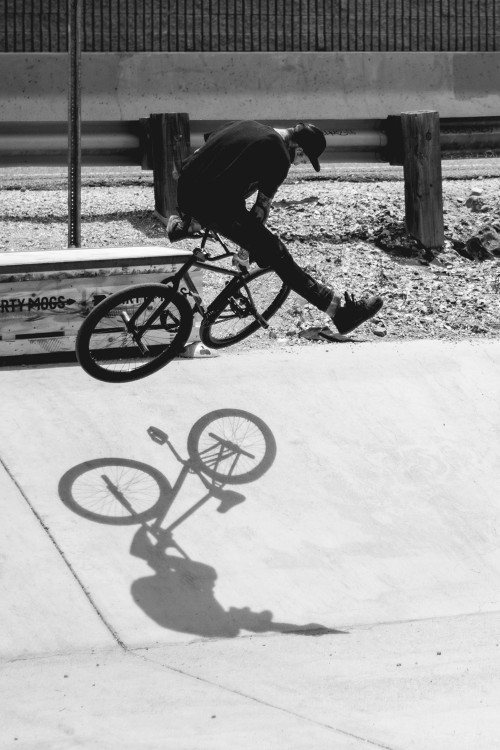 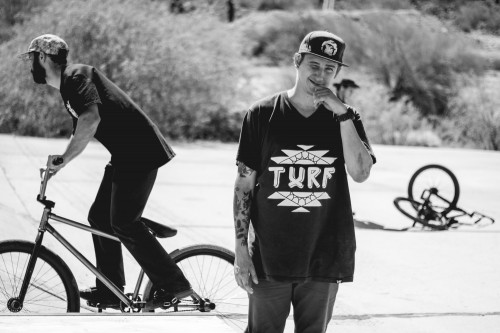 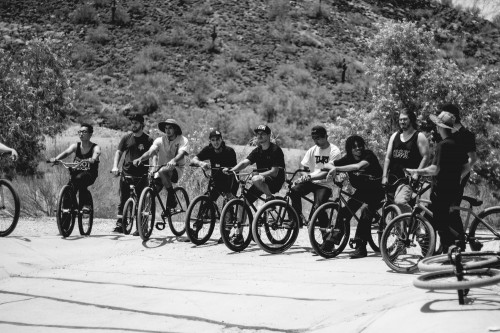 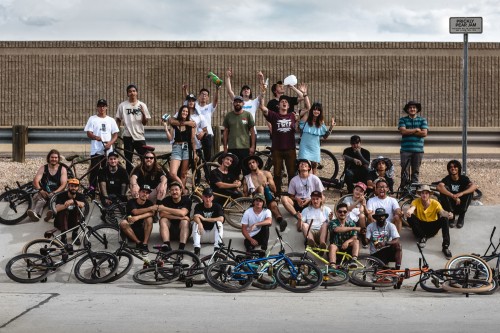 Don’t cry because it’s over, smile because it happened. Those words couldn’t be more true as the 2016 Prickly Pear Jam in Arizona comes to a close. Huge shout out to everyone who showed up and an ever louder applause to Mike Schmitt for bringing everyone together. I’m looking forward to seeing where the next jam like this is going to take place. Until then, enjoy scrolling through these 50 of the images I took during the day of the event, and keep your eyes peeled for a video of the Jam coming soon.

END_OF_DOCUMENT_TOKEN_TO_BE_REPLACED 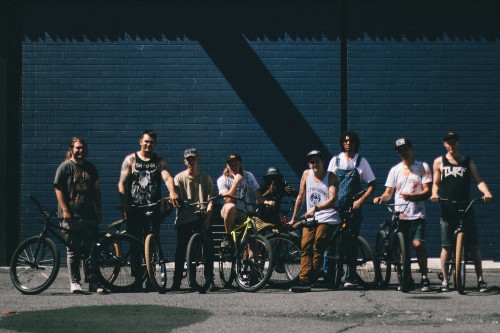 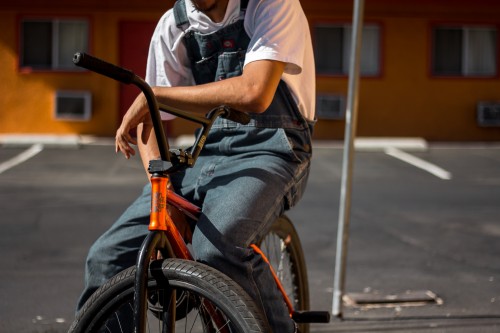 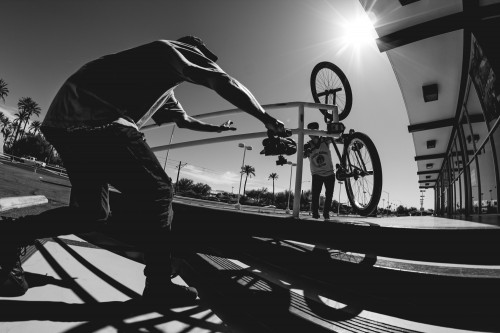 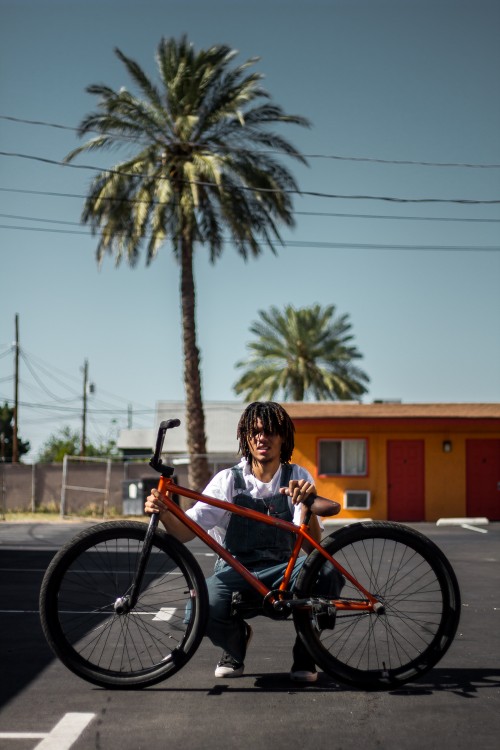 Day One and we’re already sun burnt. Everyone is beginning to trickle in for the Prickly Pear Jam Saturday. It’s been 100+ degrees each day we’ve been here and I’m already in the market for an endless amount of sun screen, a bigger hat, and a sweat towel. We’ve wasted no time in getting broken off and feeling like death at the end of the day. Check out a bunch photos from the first day of our trip here in Arizona and be on the look out for more photos rolling out in the next couple of days.
Click “Read more” to see more.