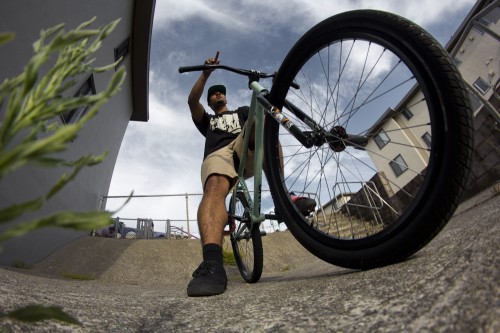 Devon Lawson just recently moved out of the house in search of greener pastures and was replaced by Mike Schmitt. Who knows what’s in store for Devon next. There’s been word of a possible move to either New York or Southern California. I guess we’ll have to wait and see as only time will tell. Whatever the case may be he’ll still be tearing it up on his bike and spreading the good word. 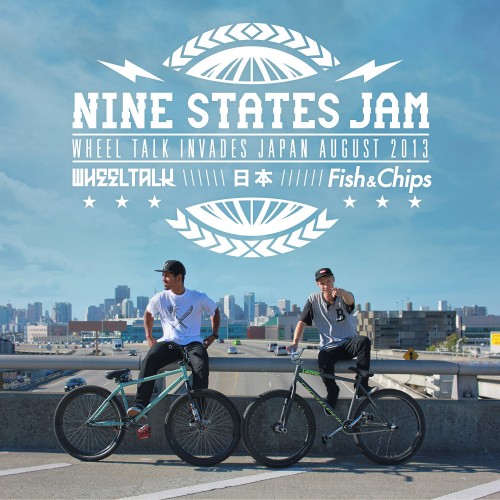 On August 21st Devon Lawson and I (Matt Reyes) are flying out to Japan with Seitaro Iki to take part in a couple of events and do a 9 State tour across the country. We’ll be in Nagasaki at Koe Skatepark to ride in the Nine States Jam on August 25th 2013, and will be in Tokyo for the last few days of our trip. We’re both real stoked to be a part of this and check out the Fixed Freestyle scene outside of our own backyard. If you live out in Japan and want to ride with us, shoot me a message HERE and we’ll try to meet up sometime during our 2 week stay. 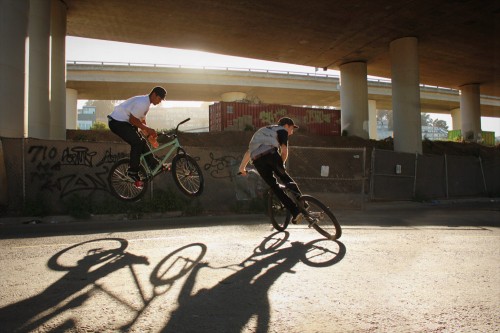 Seitaro Iki took this photo of Devon Lawson and I on our way home from riding the industrial part of San Francisco. We’ve been broadening our reach in search of new spots in areas of town we rarely visit. What makes this photo even better is that Devon did the barspin on a flat rear tire. Ringing or walking home w/ a flat tire blows, no pun intended, which is why we’ll do anything we can to make it interesting. 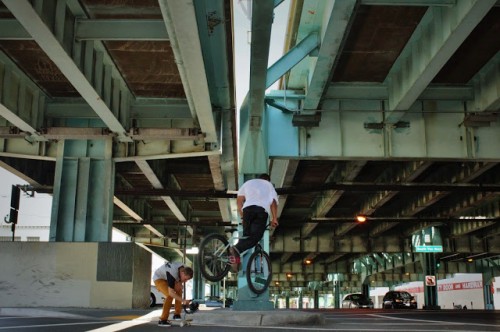 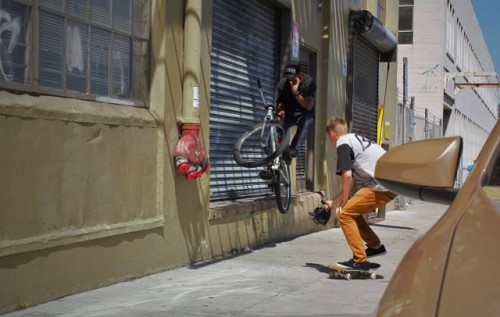 I recently picked up a filming board and have been catching a lot more follow shots. It definitely beats running around w/ a tripod or glidecam, and often times comes out looking much more stable. Seitaro Iki shot these photos of me filming with Devon Lawson (top) and Anthony Combs (bottom) on the 4th of July. It’s great having someone around to capture some behind the scenes shots of the filming process. 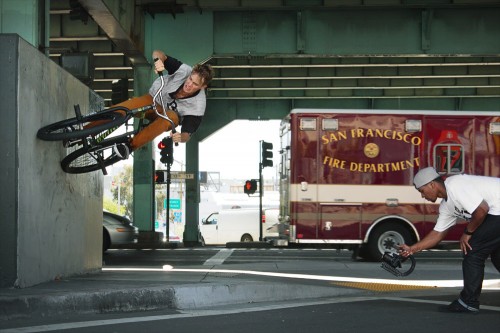 On the 4th of July we went out and rode parts of the city that we rarely ever visit. The homie Seitaro Iki snapped this photo of Devon Lawson filming me hitting a curb cut to wallride underneath the freeway. I’ve been doing some serious spot lurking lately and have been coming across some hidden gems. San Francisco is stacked full of shit to shred. Sometimes you just have to open your eyes, climb some hills, and take a deeper look at the surrounding architecture. 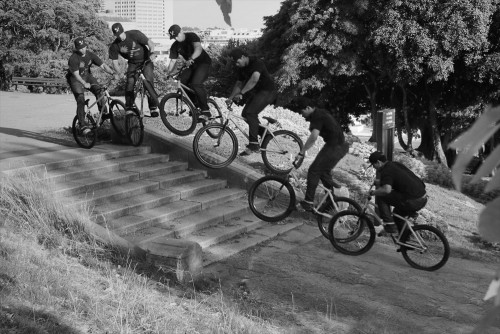 Yesterday we explored the more hilly areas of San Francisco in search of some new spots to shred. We ended up kicking it at this park where Devon Lawson hucked this huge 180. What the stair set lacked in height, it made up for in length as he charged full speed at the beast trying to avoid washing out on the gritty ground below. 180’s are one of those tricks that landing it is only half the battle, sticking a clean cab out when you’re coming in hot is a much greater challenge. Seitaro Iki from Devour Films shot the sequence photos below. 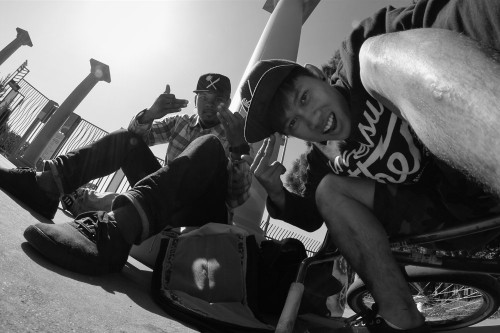 I came across this shot of Devon Lawson and Dew Sippawit hanging out at Kezar stadium earlier last week. Its been a refreshing change of pace having Dew & Jaoa in town. A couple unfamiliar faces at some far too familiar places. Photo Credit : Dew 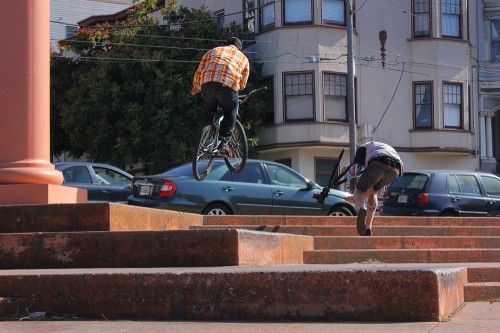 I ride with Devon Lawson more than anybody I know. We’re constantly out filming and causing a riot around town. Now that we’re done shooting his Can’t Fool the Youth 2 Section, it’s onto the next film project. Our good friend Seitaro Iki took this photo of him hitting a line at Kezar Stadium a couple days ago. We spend so much time riding this spot, that now we’re forced to get real creative if we want to film anything. 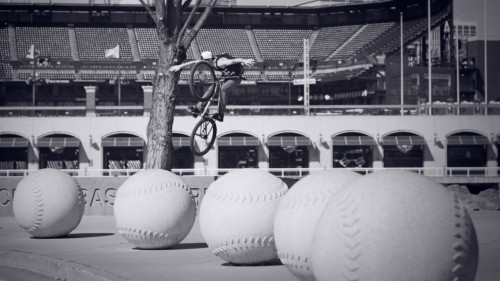 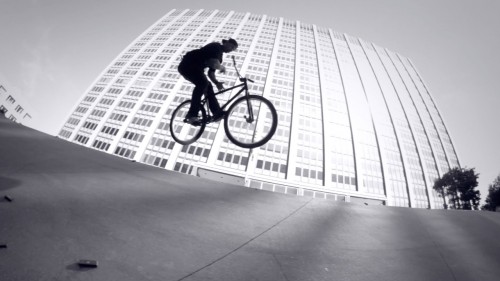 With daylight savings time in full effect, Devon Lawson and I have been out shooting longer and later. Making better use of the day and adjusting to the change in light at the usual spots. Here’s a couple screen shots I pulled from some recent clips we’ve been filming here in San Francisco. 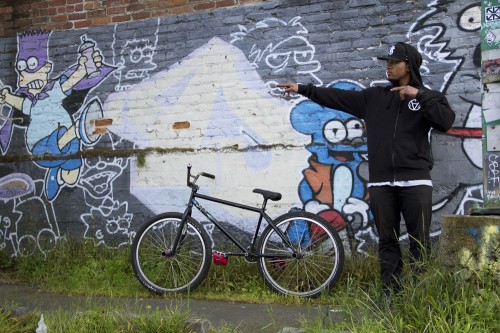 The other week I took pictures of all of us posted up at the Simpsons walls by the rails at Kezar. Now a days it seems like I ride w/ the same three people on a daily basis. Its easy to catch a quick session when you live w/ the people you ride w/. Devon is on the medium Grime Ghost Frame.